void: the space between 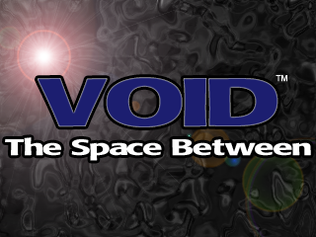 Void is a Living Card Game (LCG) based on the upcoming science fiction series Void: The Space Between. Void LCG provides players with two distinct gameplay modes, including Quest mode - a multifaceted, in-depth game of advancement and conquest – and Annihilation mode – a fast-paced battle-orientated game.

Quest mode allows players to set their goals at the start of the game by choosing a series of Quest cards, which are used to define what objectives the player must complete in order to achieve victory. Objectives are typically achieved by using your facilities and forces to build and consolidate your defences, demolish your opponents’ facilities or destroy your opponents’ forces.

Annihilation mode is based solely on defeating your opponents’ forces in combat and invading their worlds. Combat includes interstellar conflicts complemented by surface-based warfare. The winner of an Annihilation game is the player who invades the most worlds.

Even though Quest and Annihilation mode are different types of games using two distinct sets of rules, you still use the same collection of cards to build your decks. This means that you get double the enjoyment for what you would normally get from a single LCG.

Approximately 150 years after the devastating Sino-Western War in which the Earth was ravaged by the nuclear arsenals of the planet's superpowers, the Earth has also succumb to severe global warming. The surface of the planet is now covered by more than 80% water; a lot of which is radioactive. Many of Earth’s inhabitant, which were forced underground or onto Lunar or Martian colonies due to climate changes and resource shortages during the late 21st century, are thriving in this new global environment whilst those who live in the densely-packed “topside” cities struggle to survive.

During the post-nuclear War period, sub-orbital aerial travel has become commonplace and humans have also developed the means for limited interstellar travel. This has allowed them to venture to nearby planets rich with resources and also encounter hostile and friendly alien species.

By utilising their newfound resources, the Earth-Lunar-Martian (ELM) Alliance government has been developing ways to aid the less-advantageous of its citizens in a new era of human benevolence. This benevolence is largely due to fear of the unknown and minor contact with species from other worlds.

To expand ELM’s extra-terrestrial and resource search capabilities, they funded the construction of an extremely-wide aperture telescope. This telescope spans across the orbits of Earth and the Moon and allows humans to more precisely pinpoint planets rich in resources or aliens with limited defensive capabilities. Unfortunately, the telescope also acts as a powerful beacon which has attracted the attention of the Venrami.

The Venrami are a narcissistic, hostile species who have conquered several solar systems in a remote sector of the galaxy. Besides their heightened intellect and ego, Venrami physiology relies on respiration based on absorption of nuclear particles and reproduction in pools of radioactive fluid. The Venrami physical structure is generally superior to that of humans due to it being densely packed and containing several redundant organs. The Venrami have utilised their durability and knowledge of interstellar travel by rapidly conquering any obtrusive species; driving most to extinction.

Due to humanity’s increasing encroachment into the galaxy, the Venrami classed them as a high-priority threat and launched scout missions to investigate the heart of their territory. Upon discovering that Earth was covered with radioactive lakes and seas, a long-range invasion of Earth was instigated by the Venrami who saw the planet as a veritable Garden of Eden ripe for the picking.

It's now your duty to thwart the invasion lest humanity perish underneath the clawed feet of the Venrami invaders.

What's in the box?